When I was twelve, a friend of mine slipped me a copy of Guns & Roses’ Greatest Hits on a church trip. Every night that summer, I would tell my parents that I was going to go to bed to do my summer reading assignment (that year, it was Great Expectations), grab my portable CD player, hide under the covers, and listen to it two or three times before I fell asleep.

Slash blew my mind. I’d heard Jimmy Page and Angus Young, but I’d never encountered such otherworldly guitar solos before. My feeble little preteen brain could barely comprehend the fretboard insanity laid down by the rock and roll alien in the top hat on the back cover, and he continued to melt my face daily for a year until my folks led me into the local guitar shop to get my first electric guitar. I knew I couldn’t pull off a top hat, but I did insist on getting a sunburst Epiphone Les Paul to match my hero.

Now, I share this for two reasons: one, to show that Guns and Roses beats Charles Dickens every time; and two, to emphasize what a tremendous honor it is for me to offer Wildwood Guitars’ exceptional customers a first look at Slash’s new signature model!

For those of us who aren’t obsessive Guns ‘n’ Roses fans, a little backstory is necessary. Slash’s newest signature model is a painstaking recreation of his ’58 “First Standard” Les Paul, which got its nickname because it was the very first sunburst Les Paul Standard built with the now-traditional two-piece, center-seamed top. In fact, the team at the Gibson Custom Shop has dubbed this finish the “First Standard Burst,” and their obsessive attention to detail really shows! We’ll let you be the final judge, though: 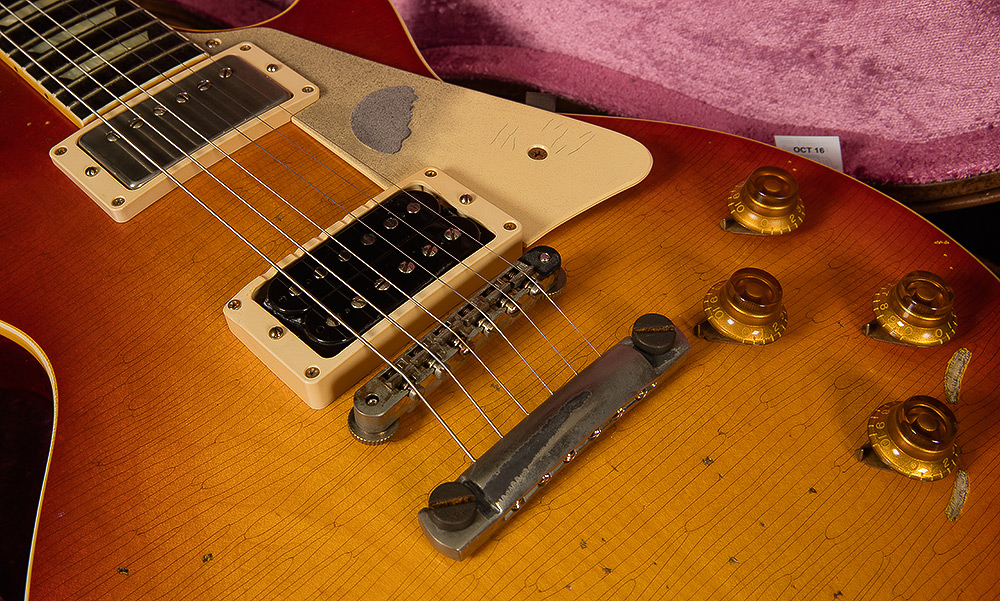 I’ll give you a moment to wipe the drool off your keyboards. Obviously, the aged versions of this guitar are beautiful—I mean, what an incredibly detailed, accurate relic job!—but the VOS models are special in their own right. My first real job was at a guitar shop in Kalamazoo, Michigan—the home of Gibson—so I’ve seen far more than my fair share of old Les Pauls. So, when I say that I really felt like I was looking at a ’58 Les Paul that sat under a bed for fifty-eight years when I opened the case for the first time, that’s saying something! Everything on these VOS models is spot-on, from the coloration of the inlays to the perfectly yellowed binding. I think it’s exactly what a VOS Les Paul should be, but don’t take my word for it: 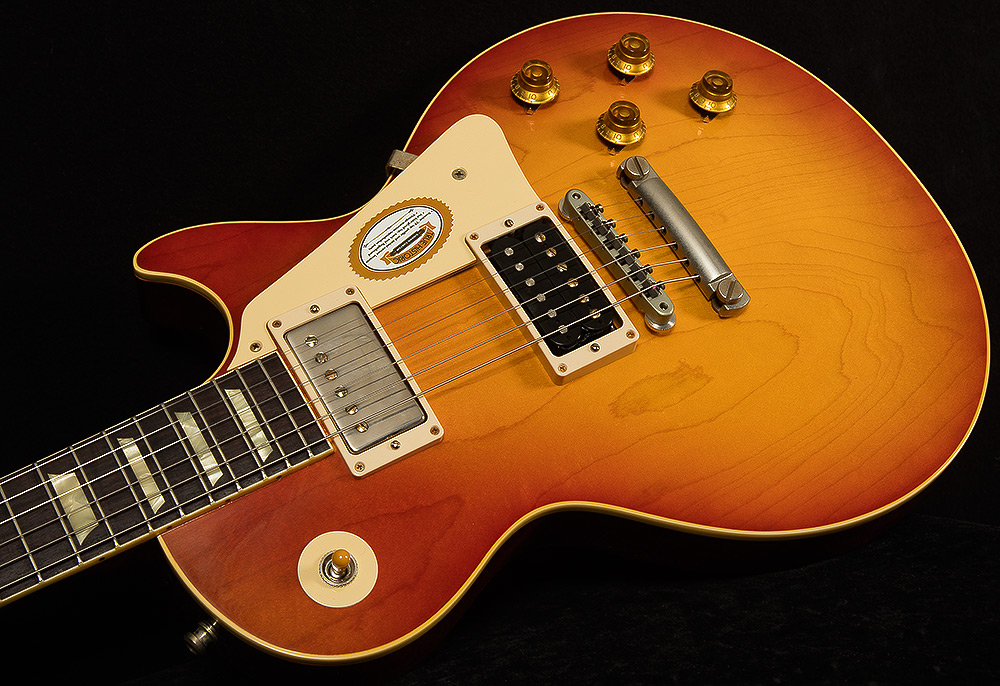 Breathtaking. But all that means nothing if it doesn’t sound good, right? Thankfully, the geniuses at the Custom Shop are just as obsessed with recreating vintage sounds as they are with vintage looks, and that dedication really shows when you plug this guitar in. The bridge pickup is a perfect old-school PAF—bright and punchy with lots of sweet high-end sizzle—and it doesn’t seem possible to for the neck pickup to sound as fat as it does while remaining so articulate and clear.

But, as with most truly inspirational instruments, the frequency response only tells half the story. Typically, a good signature instrument should make you feel like you’ve managed to steal a little bit of the endorsing artist’s sound. Truly great ones make you feel like you’ve committed a greater thievery and made off with some of the player’s mojo.

However, truly amazing signature guitars don’t help you emulate your guitar heroes: they make you feel like you ARE one of your guitar heroes. When I plugged these signature models into the half-stack in our back room, I didn’t feel like I’d stolen the essence of Slash’s tone—I felt like I’d stolen his spot in the band! I’ve never played a signature guitar that reproduces a player’s sound with such scary accuracy. Slash’s tone is burned into my brain forever from all of those teenage late-night listening sessions, and playing this guitar makes me feel the same way I did when I was jamming out to “Civil War” underneath the covers while my parents thought I was fast alseep.

I may never play like Slash, but this guitar briefly made me sound and feel like him, and two out of three ain’t bad when it comes to living out your teenage dreams! These Slash guitars are truly special, and it is my distinct pleasure to welcome our exceptional customers to the jungle so they can enjoy the fun and games as much as I did. 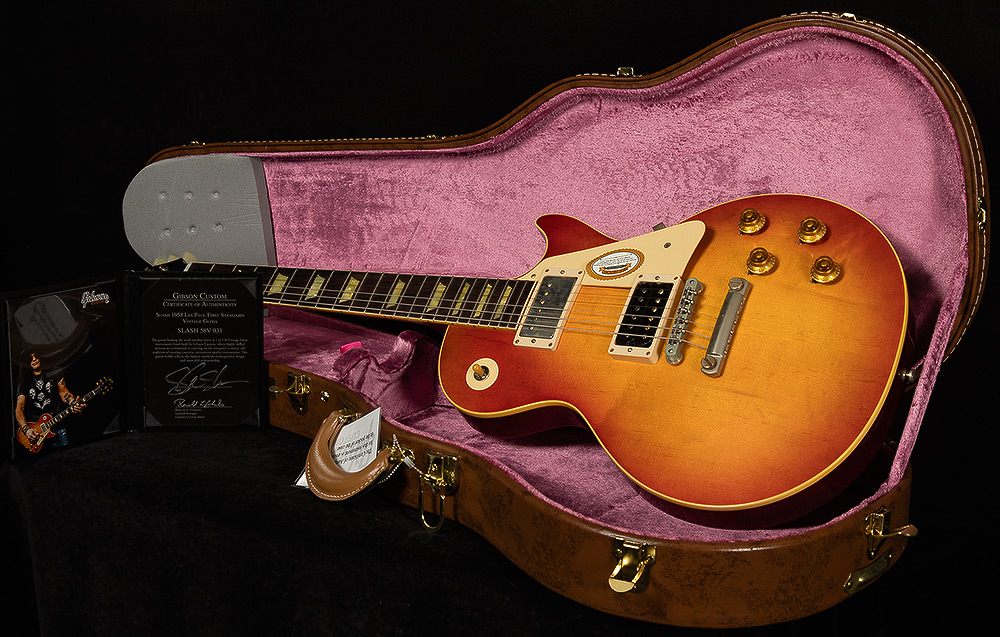