In the world of high-end, high-gain guitar amplification, the Bogner Überschall is a legend. It’s ability to pile on all-tube distortion while letting every string ring out has made it a go-to amp for an incredible range of players. The Überschall’s - which translates to Super Sonic - responsive, and wall-shaking second channel is where most high-gain fanatics spend their time. Not only does it deliver premium crunch, but it’s extended low-end capabilities make it a perfect choice for players of extended-range and drop-tuned guitars like you could hear it with Korn, Tool, Slipknot, Rammstein to name a few.

There was no way Synergy wasn’t going to get Reinhold Bogner to re-create his classic metal machine in a Synergy module format. And that’s precisely what he’s done. By slipping the Synergy Überschall preamp module into your Synergy rig, you’ll unleash the same aggressive tones and impeccable response as the original amplifier. Reinhold even took it a step further with the addition of Pre-EQ, Boost, and Cut mini toggles to further shape your ideal tones. 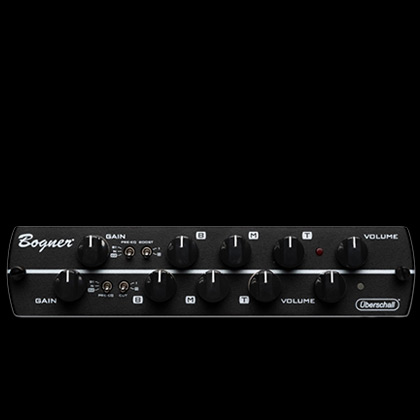