The Marshall of Your Dreams

Wildwoodians, we are proud to present our selection of Limited Edition Design Store amps and cabinets. These powerful pieces of gear showcase a handful of the myriad options available through Marshall's Design Store program. Basically, the Design Store allows you to select from an array of iconic appointments to customize your new Marshall amp. You simply have to decide what color, tolex, covering, grille cloth, logo, piping and beading you like best, and the fine people at the Marshall factory in Bletchley, England will make your dream amp a reality! This run of limited amps and cabs highlights just some of the cool combinations you can create through the Design Store. We're only getting a few of these radical amps and cabs, but have no fear: we are offering preorders so that you can secure yours in advance so you don't miss out!

Also, if you've ever had an idea for the sweetest-looking Marshall ever, or if these amps have spurred your creativity and given you an idea, or if you just want a murdered-out all-black Marshall because it'd look sick, you can give us a call and we'll see if we can set you up with your dream Marshall!

The SV20H has two channels with two inputs apiece: a brighter Lead channel and a warmer Bass channel, each with high- and low-sensitivity inputs. If you plug into one channel, you can plug a small patch cable into the other input on the channel you're using and "jump" to one of the inputs on the other channel. When you do this, you can blend the two channels using their separate volume controls. No matter what settings you use, no one will mistake the SV20H for any other amp, but, when you jump the inputs, you can find all sorts of subtle hues and shades of sonic color within the classic Marshall sound. 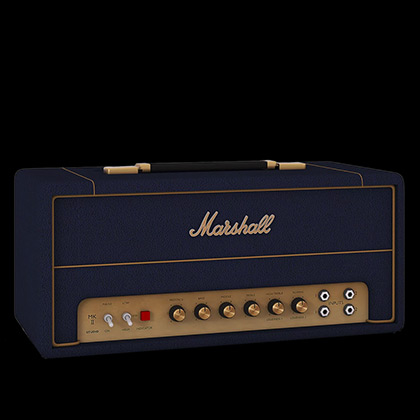