In the past few years many new boutique capacitors have come on the market such as the Sozo and Jupiter brand which focus on replicating the vintage capacitors from the 60s. These new capacitors are very expensive and mostly hand made in their construction so we were intrigued to hear how they sound. We purchased all the available brands and meticulously went trough the entire signal chain of our Ecstasy circuit incorporating these vintage style capacitors into the design. However, once this process started, we quickly realized that replacing the capacitors was only the beginning, additional adjustments and refinements were implemented to maximize the vintage tonal character of these new capacitors which all together give the 20th Anniversary it's iconic Golden-Era of Ecstasy tone.

Now does this mean the other Ecstasy's have lower grade capacitors? No not at all, we use mainly the German made Wima capacitors and these are the best tonal choice for different circuit designs. Especially for pc mount construction in highly complex circuits where space is of concern. Look into your old Vox and you will see classic Wima branded capacitors. It's not just about replacing components, but rather, how you integrate the components into the overall circuit, making fine-tune adjustments to balance the final design. Every component must be considered and optimized depending on the circuit to work effortlessly together in reaching our goal of creating an inspiring amplifier for you. 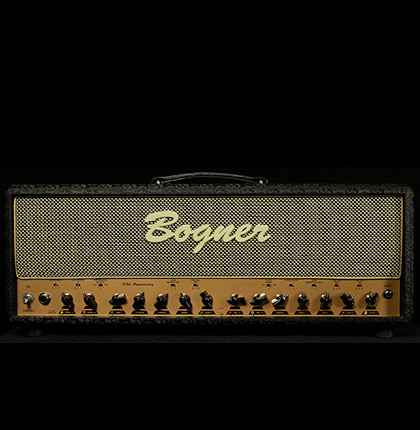