For a while, Tom also gained valuable experience working as a luthier to the stars, and his client list included luminaries like Jimmy Page, Dickey Betts, Joe Perry, Billy Gibbons, Eric Clapton, Peter Frampton, and Gary Rossington (fun fact: he brought Peter Frampton's iconic Les Paul Custom back from the dead after it had been resting in pieces in the debris of a crashed cargo plane for three decades!).

Step Into the Lab

How do Tom and his team achieve such unparalleled vintage accuracy? Well, first off, Tom has discovered a brand-new formula for nitrocellulose lacquer that mimics the properties of 1950s and ‘60s finishes to a T. Thanks to this thinner finish, Murphy Lab guitars look like authentic vintage pieces. They don’t just look the part--they are the real McCoy!

Wildwoodians, we are proud to present you with a true exemplar of the Gold Standard set by the Murphy Lab: a Wildwood Spec Murphy Lab reissue of the legendary 1956 Les Paul Standard. These Midas-kissed beauties feature a host of true-to-vintage appointments that give them the sort of tone that haunts the dreams of Les Paul enthusiasts and P-90 aficionados.

Everything starts with quality tonewoods--warm, round-sounding mahogany and crisp, clear maple, and a sweet-sounding rosewood fretboard. Once they pick out some good-sounding wood, the master luthiers at the Gibson Custom Shop attach everything together using hot hide glue. Using hide glue is a time-consuming old-world manufacturing technique that pays incredible sonic dividends because it creates the strongest possible connection between each piece of wood to build as much resonance as possible. That means that these pretty golden girls sing loud and proud even when unplugged!

When you do plug in, you will be amazed at how well the natural acoustic voice of these instruments translates to huge electrified tone. Each one comes equipped with Custom Shop P-90s that seem to capture all our favorite parts of old pickups. Warm, woody low end, touch-sensitive midrange that can sing, punch or bite depending on your mood, and lush, chiming high-end. If vintage-style sparkle and crunch are your thing, you'll find yourself utterly enamored with the sound of the Wildwood Spec '56 Standard. 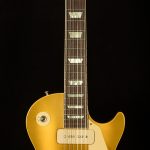 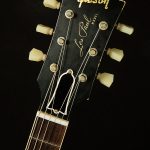 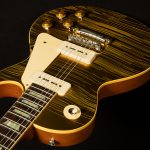 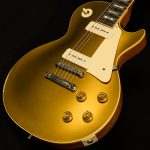 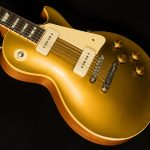 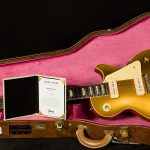