In this small but mighty 25-watt incarnation, the sounds and attributes that make MARK Series amps so popular on stage and in the studio are not only shrunk to their smallest possible physical size, but are also further refined and improved. The gorgeous sparkling Cleans and soaring high gain Lead sounds have made the jump successfully across output tube platforms and a new and exciting timbre of the MARK Series voice is created here in the MARK FIVE: 25’s EL84 Duet. Brighter, tighter, more shredding in the top end, a bit more forgiving in feel and exceedingly more clip-able, the MARK FIVE: 25 is right on time.

The MARK FIVE: 25 is born of thoroughbred stock that carries worldwide accolades and is still setting trends with top Artists many decades after its unveiling. The MARK FIVE: 25, like the MARK V, is really a collection of iconic amplifiers. There are far too many circuits and sounds to think of it as merely an amp... it’s a living history of MESA/Boogie! From the groundbreaking MARK I that introduced the world to high-gain with it’s cascading preamp, to the MARK II - the world’s first high gain Dual Mode Channel Switching amplifier (and its later siblings that introduced Simul-Class power).

From the MARK III that ushered in the era of 3 Channel foot-switching performance, to the MARK IV which gave all that power individual control, the MARK V (and now the FIVE: 25) is the embodiment of guitar amp evolution that started right here at Boogie back in 1969. Packing the legendary preamp TONE, stylistic versatility and aggressiveness of the MARK IIC+, MARK IV and MARK V, the new MARK FIVE: 25 combines the power of our most famous Mark Series preamps with our exclusive Dyna-Watt™ 2xEL84 power section to create a new Mark Series amp of unprecedented portability, clip-ability and high-speed, tactile expressiveness. The result is a new bench-MARK, every bit worthy of its ancestor’s storied heritage. 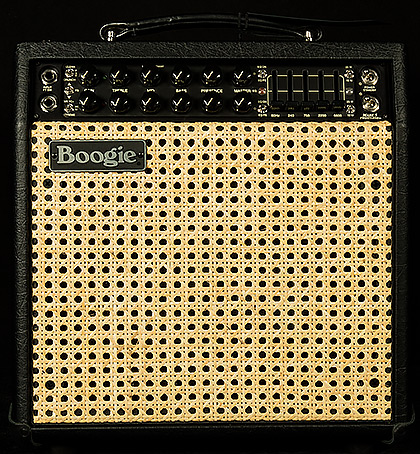