Welcome back to the blogosphere of the Wildwoodiverse! Today we continue our series of blog posts with music recommendations from our staff. Today, our resident audio wizard Scott Kelly writes about how The 1975 changed his conception of what pop music could be. Grab a snack, put on some headphones, and dive into the discography of a band on the cutting edge of pop music!

A Moment of Consideration

When I was a lad, I used to have a conflicted relationship with pop music. People often use it as an umbrella term for a vast collection of music meant to appeal to a broad audience. That doesn’t really describe what pop music sounds like, though. I used to criticize it for what I believed was a lack of originality. I thought that the most authentic form of music was underground guitar-driven rock with odd time signatures, aggressive vocals, and poetic lyricism rich with relatable storytelling. But still, I secretly hoped my band would one day have a song on the radio. Did that make me a sell-out? Hard to say. Such is the plight of a reformed emo kid, I guess. But, with age came growth and maturity, and a few years ago I found a pop band that drew me in with their undeniable sound: The 1975. 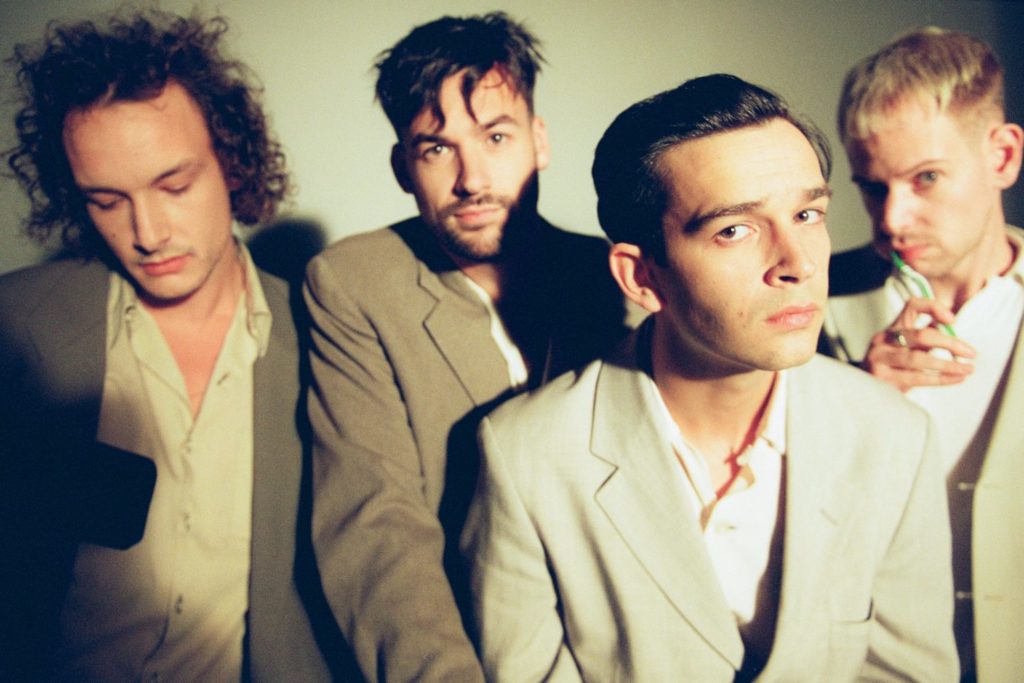 Released in 2013, The 1975’s self-titled album spread slowly across the blog-o-sphere. The tasty guitar riffs, the cleanly-polished aesthetic, the classic British sex appeal…what’s not to love? On my first listen-through of the album I thought, “Eh, this is okay—kind of basic…but those riffs are like sweet berry wine, and I think I’ll take another sip.” On the second listen-through, I got stuck on a few things, like that “Chocolate” song—it was so catchy, but what was it really about? I did a little digging and I found that “chocolate” is British slang for hash, and the line “…guns hidden under our petticoats” is a reference to the singer’s personal family history with heroin abuse. Dark. And then there was the song “The City:” anthemic, huge drums, slick hi-hat lines, and an infectious hook that went “If you wanna find love then you know where the city is.” More digging revealed that it was a song about bad trips and hospital visits. 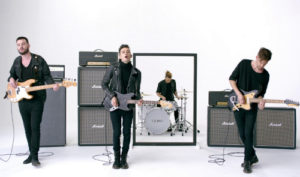 Years later, as I continue to listen and understand the depth of The 1975’s music, I’m reminded of how The Rolling Stones must have come across when they first blessed the scene in the late ‘60s. The themes on ‘Sticky Fingers’ are just as raw and unabashed. Mix that with the clean-cut look and accessibility of early Beatles and you have the 1975’s formula for success. The music video for “Girls,” for example, is bright and provocative, and the guitarists are playing a relic’d Fano JM6 and a Fender Mustang – not your run-of-the-mill axes if you ask me.

As I continued to absorb the music, I quickly realized that The 1975 were wearing a mask. Not every song was about drugs; some were about tired love affairs with betrothed women, some the dangers of femme fatales, and others the somber regret of family estrangement. Yet still, behind the confidence and swagger there was a quiet air of self-loathing and a desire for self-betterment—which, though painted in extremes, is a relatable, universal feeling.

That self-titled album stayed on repeat until their next release came out three years later. “i like when you sleep, for you are so beautiful yet so unaware of it” was the follow-up that further defined the brilliance of The 1975. The band’s black and white aesthetic exploded into color. An intro track that shared a name and sound to its precursor had evolved into a choir-epic. Tales of drug abuse faded into a more mature melancholy, showcased notably in the album’s fourth track, “A Change of Heart.” Lyrics, themes, and melodic variations found in the first album revealed themselves in fun and mysterious ways on the new one. And most importantly, the guitar work, the drum work, and the subtle bass lines worked together fabulously. Songs like “Love Me” allowed The 1975 to poke fun at their new-found fame. With tracks like “If I Believe You”—a beautiful gospel record about questioning one’s faith—and “Nana”—a soft tear-jerker about singer/guitarist Matthew Healy’s deceased grandmother—the album encompassed a wide range of emotion, subject, and sound. 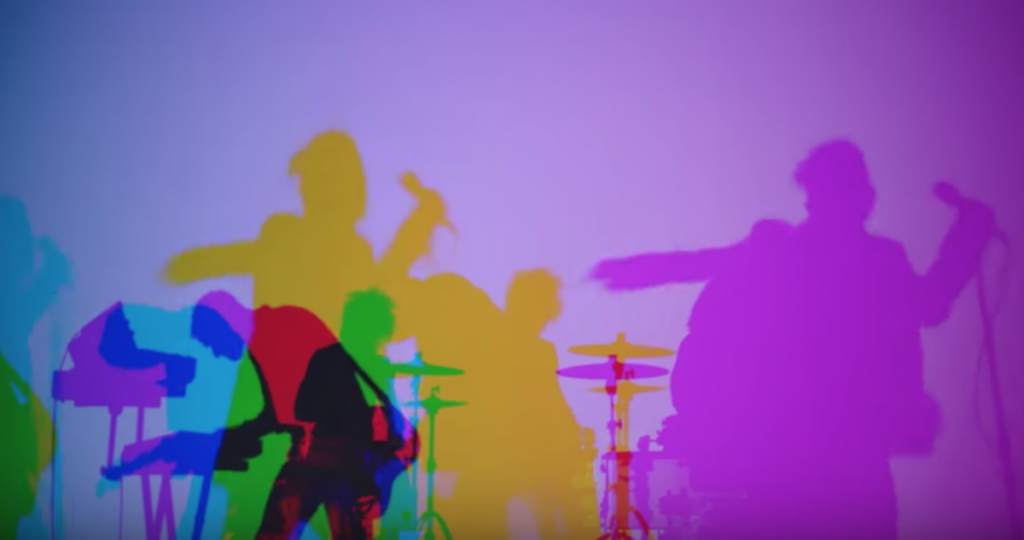 The 1975’s 2018 release ‘A Brief Inquiry Into Online Relationships’ was a striking change in tone. Again, there were familiar melodies, upbeat dance numbers, and modern flavors of tone, but there were also underlying socio-political themes inspired by world events that the band felt couldn’t be ignored. Born in the early days of Brexit & America’s 2016 Presidential election, the band’s eye turned toward the complexities of the modern world. The provocative song “Love It If We Made It” opens in a very self-referential way, lifting any confusion as to what their earlier hit “Chocolate” was about. 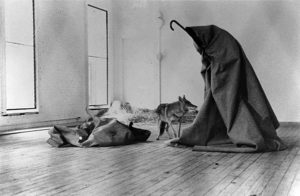 It hits on police brutality, immigration, Donald Trump, and the dangers of isolating technology —all of which are a turn off to some, but I’ll be damned if that Michael Jackson-esque chorus isn’t the smoothest thing I’ve heard in years. There’s also the track “The Man Who Married A Robot / Love Theme,” an uncomfortable interlude about our relationship with the internet. The song, “I Like America And America Likes Me” isn’t my favorite, but it is notable. On first  listen, it sounds like the band’s taking a crack at a pop/hip-hop crossover. But, there’s more going on with it than meets the eye, as evidenced by the title, which refers to a 1974 Dada performance piece by German artist Joseph Beuys where Beuys lived in a Manhattan loft with a coyote for three days to embrace the wild spirit of America.

I could write about The 1975 for days. As I write this in March of 2020, their new singles continue to impress me as they expand upon the ideas expressed in …Online Relationships. Activist Greta Thunberg delivers a passionate forward on what’s I assume is the next album’s intro track and “People” takes their sound back to some very aggressive fuzz-rock akin to Blur or Jet. And, if you’re a musician, chances are that you’ll relate to the pre-chorus lyrics:

“I’m just gonna get girls, food, gear.  I don’t like going outside, so bring me everything here”

I don’t know what will happen in the year 2020 and beyond, but I do know that I’m excited to see how The 1975’s upcoming release addresses our contemporary experience. If I were to guess, its sound will be an evolution of what we’ve already come to know and love. I imagine, too, that its thematic content will continue to challenge their fan base and showcase the potential for sophistication in pop music production. I will say that if the new album sounds anything like the video below, the punk rock emo kid in me will be very satisfied. The proof is in the pudding: that rich lyricism and aggressive rock are alive and well. 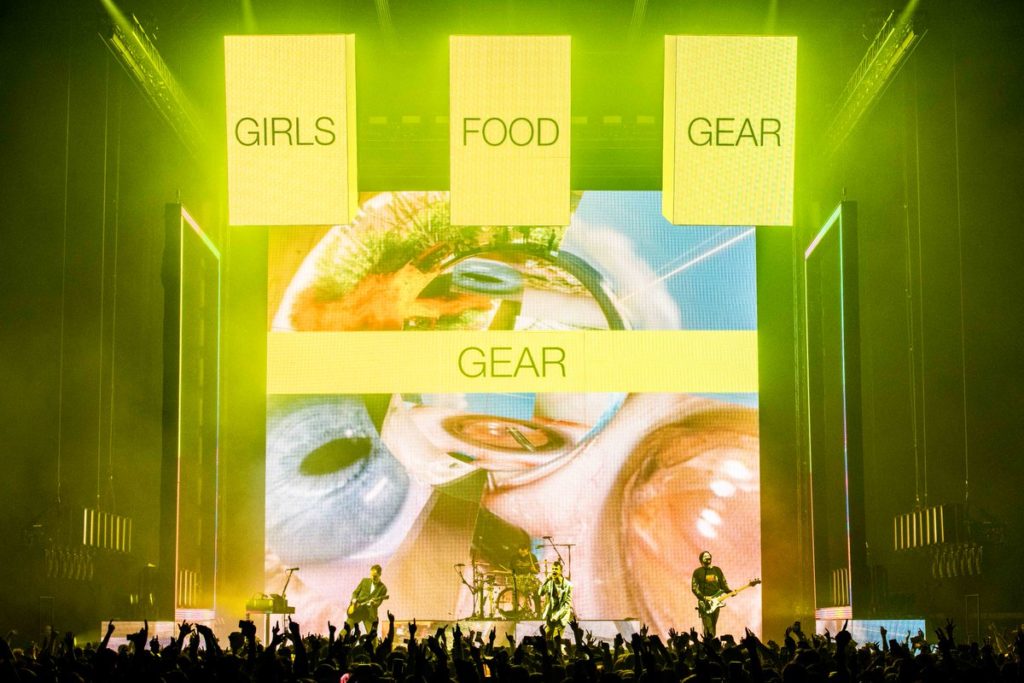 “A Change of Heart” – https://www.youtube.com/watch?v=trbwqF0d7NA

“If I Believe You” – https://www.youtube.com/watch?v=hx3DonCyCmc

“The Man Who Married a Robot / Love Theme” – https://www.youtube.com/watch?v=R6tSpCXBazk