Froggy Bottom P-12 review by our very own Brian Truesby

I tend to show up to work a little earlier when we’re expecting a Froggy Bottom to arrive. I mean, how could you not? A throwback to the golden years of lutherie, these modern-day masterpieces are handmade with utmost attention to detail and voiced for supreme responsiveness to all styles of play.

In this particular instance, I received notice that our P-12 was due to arrive the following morning. Just in case there was any speculation to the contrary, yes, we as Wildwoodians get almost as excited when something special arrives as you might be when you make the purchase! I believe the P-12 is the secret weapon of the Froggy Bottom line-up and a “text book” example of why you should never judge said book by its cover.

The P-12s are universally louder and more dynamic than many guitars I’ve played twice their size and yet retain all the benefits of a small bodied 12 fret guitar: That brilliant response to a light touch with a clarity, sustain and a gorgeous bloom in the treble extension. We spec’d Mastergrade Ziricote for the back and sides with an Adirondack spruce top. The latter was essentially a no-brainer – The guys over at Froggy Bottom are complete *wizards* with Adirondack spruce.

Sometimes Adirondack can come off a touch aggressive on the top-end. Certainly it almost always exhibits TONS of headroom, but often at the expense of warmth and sweetness. Across Froggy Bottom’s entire line and regardless of body size, they’re somehow able to balance both power AND nuance in the same Adirondack-clad box.

The “AAAAA” Grade Ziricote back and sides ended up working brilliantly for the goal of curving this guitar towards a more “rosewood-ish” tonal bias with a mid-range clarity that rosewood guitars don’t often exhibit. Of course, it’s impossible to get around stating just how visually STUNNING it is. Froggy Bottom’s wood supply is second to none.

As I auditioned this guitar for our demo, I was struck immediately by how wide the dynamic range is. When played with a light touch, coaxing out a warm round tones was an effortless exercise, and when you lean into it a bit, the flood gates rush open and you’re confronted with a truly awe-inspiring wall of sound.

My takeaway from the experience was that this guitar is the “end game” for parlor sized instruments. There really isn’t a single thing it doesn’t do well. It sings and roars, sparkles and shimmers!

Check out the listing for this guitar on our site here: https://wildwoodguitars.com/product/P1957/p-12-deluxe/?cat_id=228 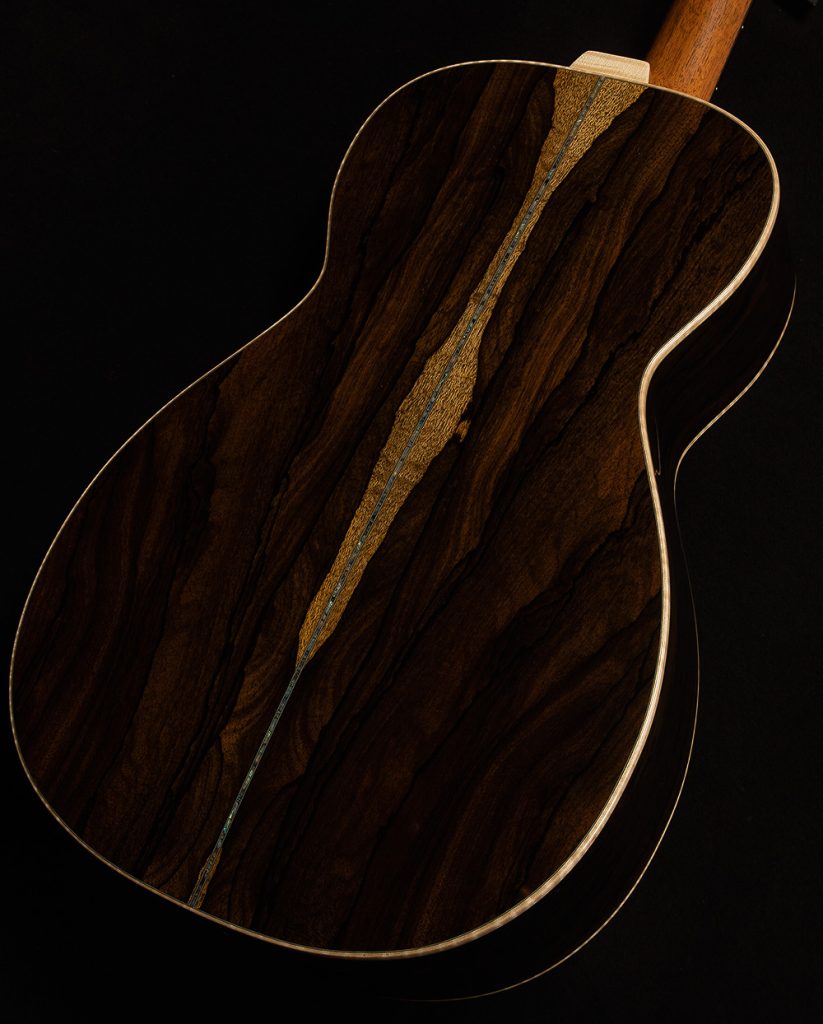