How do Tom and his team achieve such unparalleled vintage accuracy? Well, first off, Tom has discovered a brand-new formula for nitrocellulose lacquer that mimics the properties of 1950s and ‘60s finishes to a T. Thanks to this thinner finish, Murphy Lab guitars look like authentic vintage pieces. They don’t just look the part--they are the real McCoy!

Wildwood has a long and storied history of collaboration with Tom Murphy, and the Wildwood Spec by Tom Murphy series is one of the most popular runs of guitars in Wildwood history. Because Tom is an awesome guy, he is still going to hand-paint some Murphy Lab guitars for us when he can. With his master's touch, Tom puts an absolutely exquisite finish on these guitars before handing them over to the Murphy Lab team for aging. These guitars are an opportunity to experience the handiwork of a true master craftsman, and we are privileged to showcase them.

This particular Murphy Lab marvel is a reissue of a 1958 Les Paul Standard, one of the coolest and most historically-significant guitars in Gibson’s history. In 1958, the Standard model received a makeover as Gibson swapped the finish from an opaque gold to a more transparent burst that highlighted the grain of the wood. The spirits of those “first bursts” are alive and well in this reissue! It has an uber-comfy chunky C-shaped neck profile and historically-correct narrow-tall frets, and that combination makes for a wonderful playing experience.

We have no doubt that these Wildwood Spec Murphy Lab guitars will bring you a lifetime of musical delight. They look gorgeous, they sound titanic, and they feel like an old friend you've never met. We hope you love them as much as we do, and we hope they inspire you to make a joyous racket for a long time. 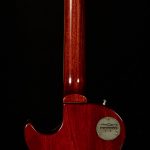 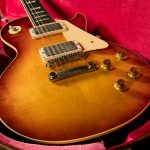 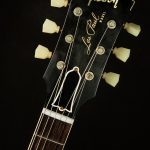 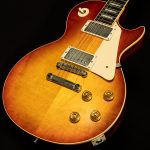 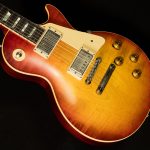 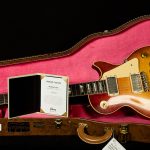