Since many of us are staying home in response to the COVID-19 virus, we assumed that lots of our wonderful customers will be, too. Since we’re all going to have some extra time on our hands, we figured we’d post some musical recommendations from our staff members to help you combat stir-craziness and hopefully discover some cool new tunes in the process. Up first is our Shipping Viking, John. He’d like to tell you all about his favorite band, Dr. Dog.

Where’d All the Time Go?

There’s so much music instantly accessible with a swipe of a finger or a touch of a button that it’s almost heartbreaking to think of all the music you’ll never hear. That’s why when you find an artist whose lyrics pierce your heart, whose melodies reach out and grab you, and whose energy always seems to match your own, you hold onto it tight. That’s what happened with me and Dr. Dog.

In the summer of 2014, I had been dumped by a girl, and I was working overnight shifts at a major retail store that utterly drained my soul. I was beginning the second half of my college education and I was feeling lost. A song popped up on my phone and it stuck with me. “Where’d All the Time Go?” by Dr. Dog. It felt like the perfect time for this song and band to enter my life. It was just the right blend of melancholic and energetic and it made me smile and sing when things kind of sucked. That song continues to mean a lot to me, but digging deep into Dr. Dog’s catalogue really catapulted them into my podium of musical heroes.

Scott McMickken and Toby Leaman started Dr. Dog in the late ‘90s in Philadelphia. No, I don’t know what the name means, though my friend and I think it’s a gag from King of the Hill. In 2002 they released their first record, Toothbrush: An Introduction to Dr. Dog. The album is gritty, lo-fi, psychedelic garage rock at its best. Parts of their early albums are deeply reminiscent of Magical Mystery Tour and Rubber Soul. They have a timeless feel, and they aren’t afraid to be weird, and that’s pretty inspirational as an artist. 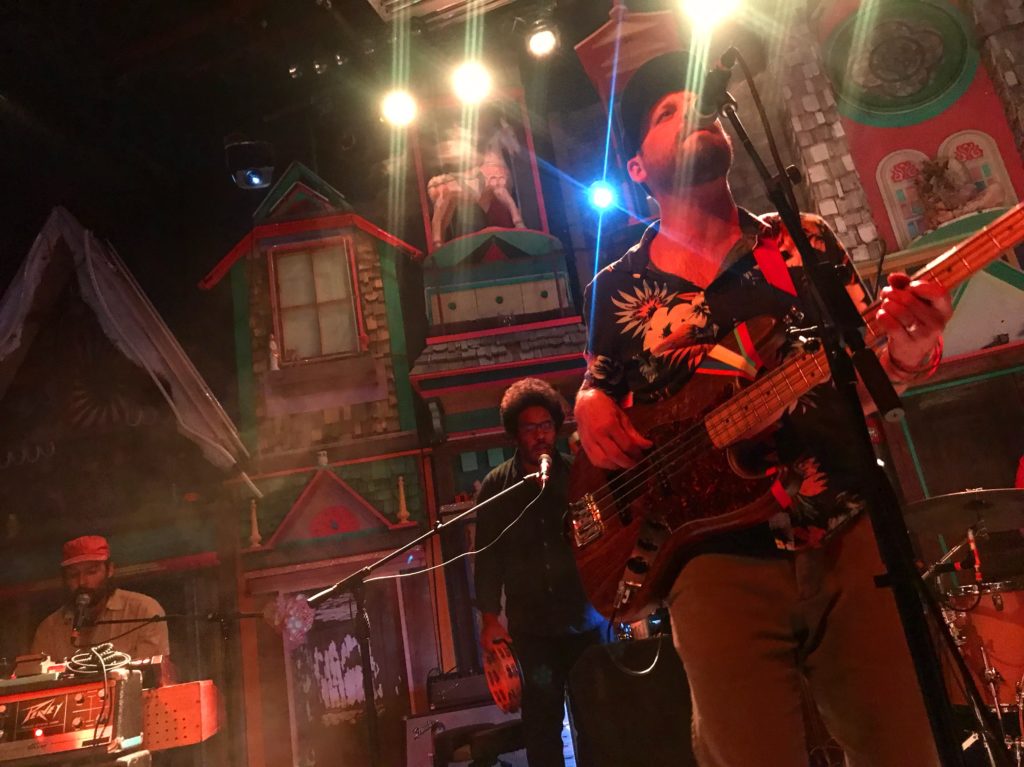 Dr. Dog have released 10 studio albums, 2 live albums, and numerous EPs and singles to boot. Not all of it is perfect. One album, Psychedelic Swamp, isn’t very good at all, but so much of their discography is really, really good. Easy Beat continues with their initial lo-fi momentum, Fate is poetic and biblical, Be The Void is their rock ‘n’ roll masterpiece, Abandoned Mansion is symphonic, heartfelt, and heartbreaking, and Live at a Flamingo Hotel is an all-encompassing live album for the ages.

There is something existentially gratifying about the way Dr. Dog has made and released their music over the past two decades. Scott and Toby (guitar and bass respectively) have seemingly always made the music they wanted to make. Their partnership harkens, again, to The Beatles with Lennon and McCartney. Obviously, they are not as prolific or popular, but their constant exploration of new sounds and desire to push their creativity with each song they write keeps them at the frontlines of indie rock.

But all that creativity in the studio is great and the numerous albums and songs are impressive, but none of that matters if they can’t back it up on tour, right?

Well, they can. And then some. As long as they’ve been a band, Dr. Dog’s bread and butter has been their live performances. They garnered a dedicated local following in Philly, and they eventually being called on to open for My Morning Jacket. Since then, they’ve toured around the country and around the world.

I didn’t get to see Dr. Dog until 2019. Conflicts and out-of-town trips always had a way of cropping up right when Dr. Dog would be around. I made up for it by seeing them twice in 5 days that summer. My roommate and I traveled 7 hours from Denver to Santa Fe to see them at Meow Wolf. Sidebar: Meow Wolf is one of the coolest places in the world. It’s an old bowling alley that was converted into a massive interactive, immersive art installation. It’s mind-blowing.

There was a tiny stage and a standing area in the eye of the storm that is Meow Wolf. Maybe 3 or 400 people could pack in there. My friend and I got there way too early, as we always do, and found ourselves at the front of the stage. From the moment the synth started and filled the room with eerie, energetic noise, I knew I was about to have a religious experience. For two hours they played songs off their newest album Critical Equation, a myriad of my favorite songs, and old classics I never thought I’d get to hear live. It was perfect. Two hours of musical bliss that washed away the stress and existential dread. Two hours that made you laugh, cry, and dance like nothing matters. Two hours that reminded you why you love music.

Five days later I saw them play Red Rocks. They were opening for Shakey Graves, and while they played mostly the same set, it was still as exciting and emotional as before. Red Rocks is hallowed ground. You can tell it means a lot to the artists who get to perform there, and seeing Dr. Dog up on that stage soaking it all in was sublime. I, like many others, was only there for Dr. Dog, but being the openers there were a majority of people who didn’t know who they were. I hope they inspired some new fans in that crowd. In the sea of Shakey Graves supporters, you could spot the Dr. Dog faithful all over the place. During their whole set, you’d see pairs of hands flailing and waving amongst the horde of the rest of the crowd. That was an oddly unifying moment.

I saw them a third time just a few weeks ago. In Ft. Collins, they played for nearly 3 hours, taking requests, playing old material they somehow remembered, and again filling me with sheer joy and energy. They are the best live band I’ve ever seen: full of passion and electricity and an-ever present sense that they really have fun playing music with each other. They are a band I would travel great distances to see. I will always be first in line to buy their records. They have helped me bond with friends and given me light in times of darkness. They are my favorite band. They are Dr. Dog.