Best of all, it's really easy to dial in iconic tones, because there are no frills to be found anywhere on the SV20H. It has a 3-band EQ and a presence knob that allow you to summon whichever flavor of Marshall tone you need by dialing in your preferred frequency response. The only real trick to using it is jumping the two channels, which gives you additional ways to shape your sound. The SV20H has two channels with two inputs apiece: a brighter Lead channel and a warmer Bass channel, each with high- and low-sensitivity inputs. If you plug into one channel, you can plug a small patch cable into the other input on the channel you're using and "jump" to one of the inputs on the other channel. When you do this, you can blend the two channels using their separate volume controls. No matter what settings you use, no one will mistake the SV20H for any other amp, but, when you jump the inputs, you can find all sorts of subtle hues and shades of sonic color within the classic Marshall sound. 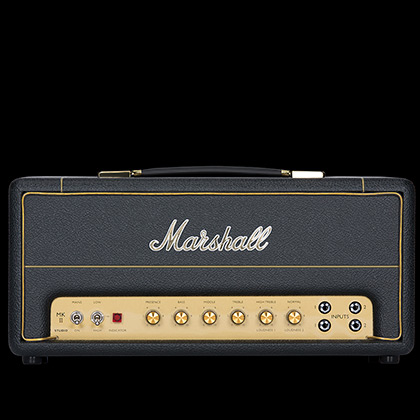