Years of Bogner designs distilled down to its purest form, is the SHIVA...

Featuring two highly evolved channels, capable of clean tones that shimmer like icicles in the deep of winter moonlight and tube saturation that is so rich and powerful it should be illegal in the free world. Foot-switchable boost function for both channels, variable for channel 2.

The Shiva is a masterful study of refined elegance, providing the synergy of one's heart and hands.

20th Anniversary Shiva - comes with a pair of KT88’s and the amp is rated at 90 watts. The clean channel has an entire new boost circuit. Unlike the tone stack bypass boost on the other Shiva model this boost has a separate gain stage which brings this channel into Plexi territory when boost is engaged. The tone controls stay in the circuit and affect the sound.

The gain channel features higher gain and a slightly more refined type of gain. Two push button switches have been added to further shape the tone. The Shift button will as it is labeled shift the EQ., pushed in you will have a more Fender or type tone, less mids softer feel. One could say it will please the Dumble favoring players. The Mode button if pushed in will give a more aggressive in your face feel.

A power amp dampening control was added located on the back panel. This control labeled Excursion is great to dial in a full sound at low volumes or adjust the right balanced bass to a cabinet. Be careful as this can add massive bottom to your sound which might overpower other frequencies and cover up an overall balanced sound. Best to keep low at higher volumes. 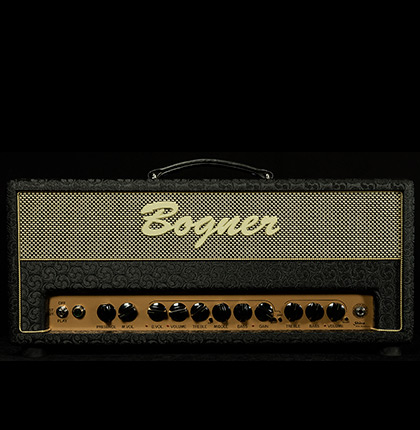