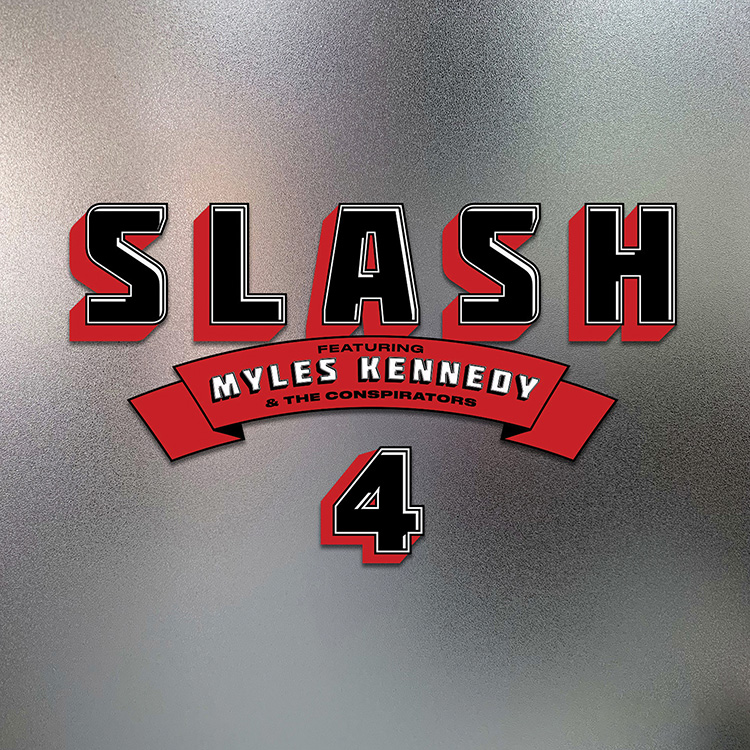 Wildwoodians, when our friends at Gibson told us they were going to start a record label, I was stoked to say the least, because who knows rock and roll better than Gibson? When I found out that their first release would be a new album called “4” from Slash featuring Myles Kennedy and the Conspirators, I was double-stoked because Slash and eardrums go together like peanut butter and Nutella. Man, was it ever hard to keep that particular cat in the bag! Now that the album is out, I can finally talk about how much it rips and what an impressive achievement it is. So, I wanted to share my thoughts and do a breakdown to highlight what makes Gibson Records’ first release so special.

I think the reason this record sounds so fresh and exciting is that it springs from a somewhat left-field pairing between artist and producer. Slash sought out Nashville guru Dave Cobb to work the board for this one, and that may seem like a strange choice at first; after all, Cobb is best-known for producing country artists like Jason Isbell, Yola, Chris Stapleton, and John Prine. But Cobb knows a thing or two about rock and roll, and he has a real knack for bringing honest, authentic performances out of whoever he works with.

Perhaps that is what led Slash, Myles Kennedy, and the Conspirators (Todd Kerns on bass, Brent Fitz on drums, and Frank Sidoris on rhythm guitar) to record much of this album live together in a room. This recording strategy gives the whole record an organic feel–it really sounds like five world-class musicians having an absolute blast together. Slash and the gang are too good of musicians to sound anything but tight (so much so that it’s easy to forget they’re tracking live), but their performances feel spontaneous, and you can feel how much fun they’re having when you listen.

Of course, all the vibes in the world don’t matter if you don’t have great songs. Thankfully, the compositions here are all excellent. In general, the record strikes a beautiful harmony between grungy blues that call to mind some of the best bands from the nineties Seattle scene and glorious pop hooks with clever chord progressions. Myles Kennedy is a master melody crafter capable of flipping between low-down, blues-soaked rock and roll to soaring, anthemic choruses laden with lush vocal harmonies at the drop of a hat. His vocal talent is staggering, so much so that I jotted down Chris Cornell and Bruce Dickinson as points of reference during my initial listen-through.

Kennedy’s performances are so dynamic that they almost threaten to steal the show from Slash, and the interplay between the two is thrilling. Slash’s gift for sick riffage is on full display here, and just about every guitar part here is clever and catchy while serving the song.
For instance, “C’Est La Vie” has a beautiful melancholic guiar refrain that underscores lyrics about leaving a bad relationship, while the groovy riff on “The River is Rising” makes me want to break things with my face, the heaviness complementing the apocalyptic imagery in the words.

It’s awfullly difficult to make a rock record without any cliches these days, but there are few to be found here. In particular, I was impressed by the track “The Path Less Followed,” which has a tasty chordal riff that breaks free from the power chord paradigm with lots of tasty harmonic movement juxtaposed with a swaggering rhythm that wouldn’t have sounded out of place coming out of a dive bar jukebox in the seventies. And, it has sick harmonized lead parts, so it winds up sounding kind of like a proggified Thin Lizzy track–a delightfully unexpected fusion of rock genres.

Of course, Slash’s solos are legendary for a reason, and he lets loose some of his greatest fretboard pyrotechnics on this album. From a technical standpoint, the solos are (to use a highly scientific term) completely nutso insane-o-riffic. I rewound almost every one on my first listen-through because they blew my mind so thoroughly that I had to hear them again immediately. Even though his playing is quite virtuosic, Slash never plays a bunch of notes for the sake of playing a bunch of notes. You get the sense that every note is meaningful, and each solo is cleverly composed with hooky melodic lines, bluesy licks, tasty note choices, and (of course) moments of facemelting shredulation.

It goes without saying that the tones are all perfect.

Though Myles Kennedy and Slash are the ones driving this V12-equipped rock and roll party bus, the Conspirators are no mere backing band. Their playing is full of personality and fire, and they are an absolutely rock-solid rhythm section with groove for days. Drummer Brent Fitz is equally adept at kicking out Bonham-esque stomp, heavy-footed funk, and rock beats that make you want to drive faster while pounding your steering wheel. On bass, Todd Kerns locks with the drums like nobody’s business, and he plays clever lines that enhance and support the songs beautifully. Finally, rhythm guitarist extraordinaire Frank Sidoris plays with a pocket and swagger that makes every riff feel good, sort of like the Young brothers from AC/DC.

The musical talents of the members all coalesce perfectly on the climax of the album, closing track “Fall Back to Earth.” It opens with a gorgeous, dramatic guitar melody inspired by a view of the night sky Slash glimpsed on a trip to Africa, then drops down to a subdued chorus that allows Kennedy’s melody to shine. From there, it grows bigger and bigger as the rhythm section expertly ratchets up the intensity until it explodes into an epic last chorus that features Slash and Kennedy dueling, Kennedy’s voice climbing as Slash circles it with blistering guitar lines until the ending rallentando. It all sounds so cinematic that I wrote down “sounds like a theme for a James Bond movie that hasn’t been made yet” after my first listen.

All in all, “4” by Slash featuring Myles Kennedy and the Conspirators is a killer record. With producer Dave Cobb, they manage to strike a beautiful marriage between impressive instrumental prowess and the raw, elemental essence of rock and roll. It’s fun, clever, and (most importantly) it rocks! But don’t take my word for it–you can hear it on a number of music services that you can check out here: https://slash.lnk.to/4AlbumGR. Let us know what you thought of it in the comments, and keep on rockin’ in the free world, Wildwoodians!